This is a photo blog article about the JavaOne 2017 conference that took place in San Francisco, California, USA during the first week of October. 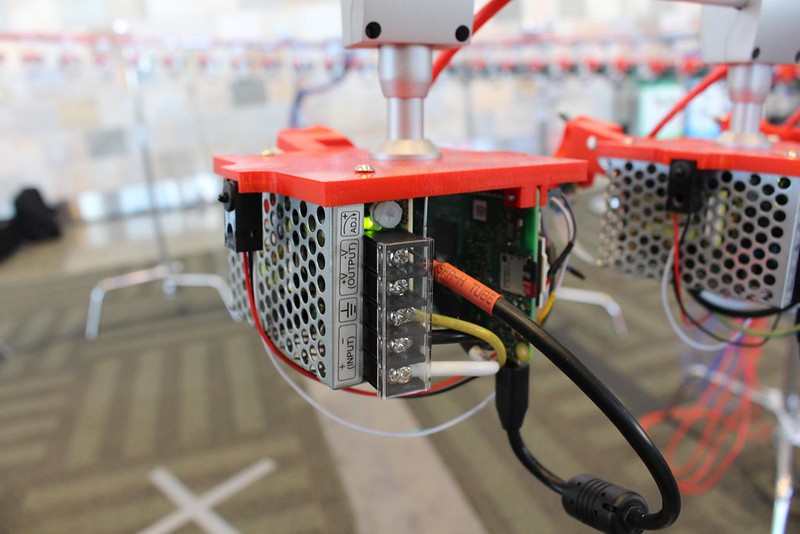 Surprisingly, Oracle did not announced any news about the future of Java for mobile and embedded devices, given this photo is a close example of Jasper Potts and Richard Bair pet demonstration project: the freeze frame bullet-time video ring using Raspberry Pi computers. I assume Oracle are still in invested and holding on Java Mobile devices. 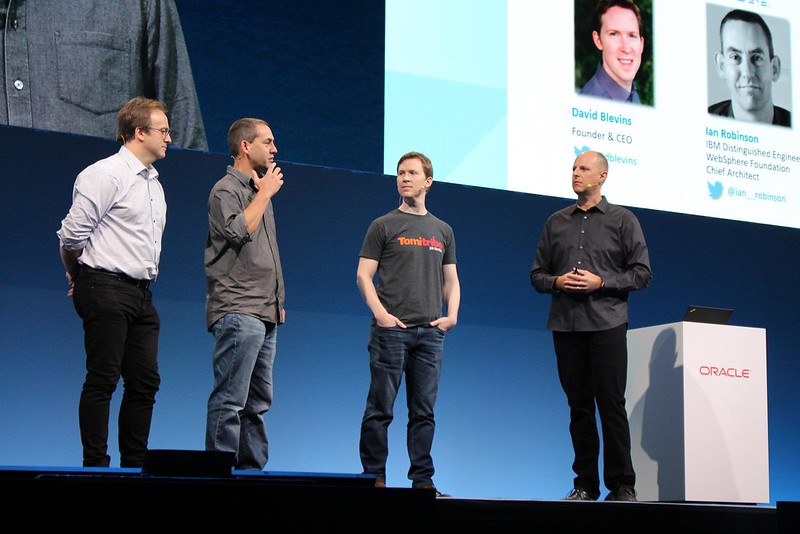 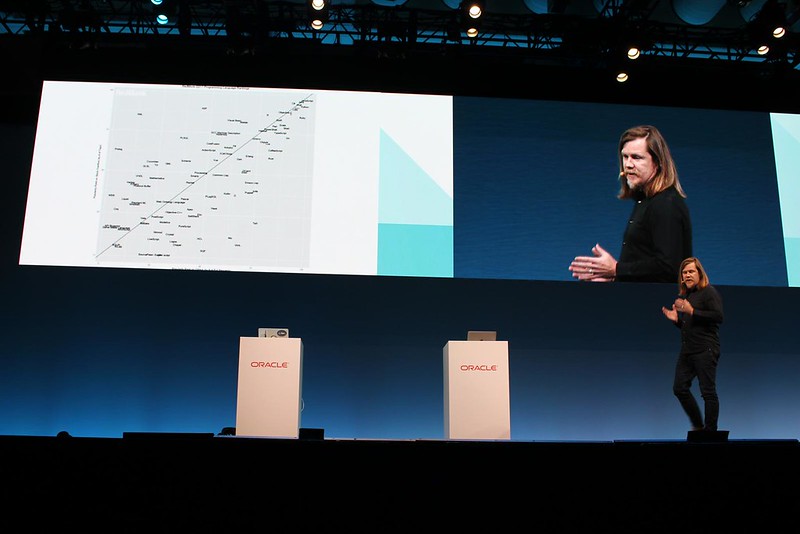 James Governor of RedMonk talks about the resurgence of Java, since Oracle execute various open source initiatives, most have been successful and a few have not so been. (Do you remember the Hudson versus Jenkins controversy? Fortunately the recent transfer of NetBeans to the Apache Software Foundation has been warmly welcomed by contributors and the community) 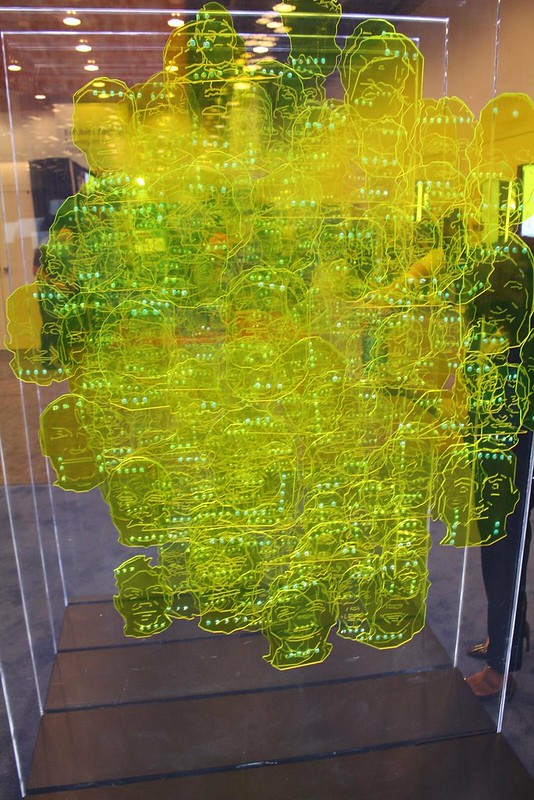 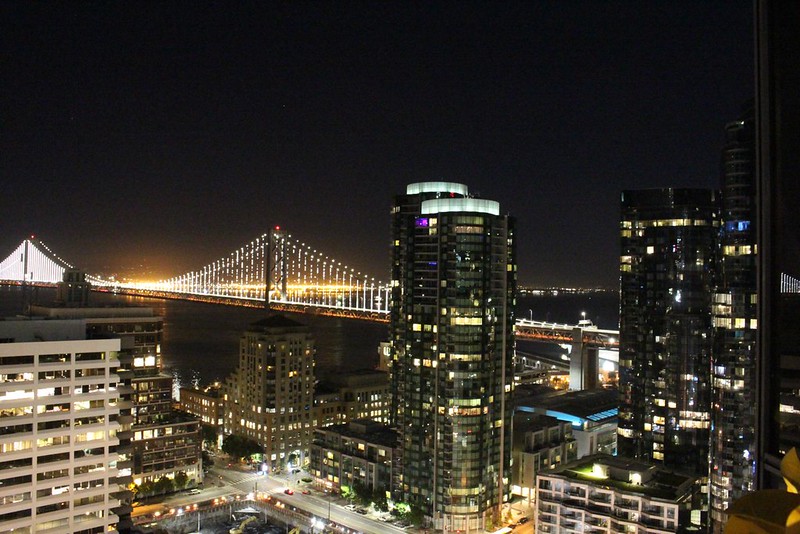 Absolutely gorgeous views of the bridges from the top of the Marriott Hotel Tower, level 45. It’s a memorable gem that I am grateful for courtesy of the fabulous Java Community Panel organising committee 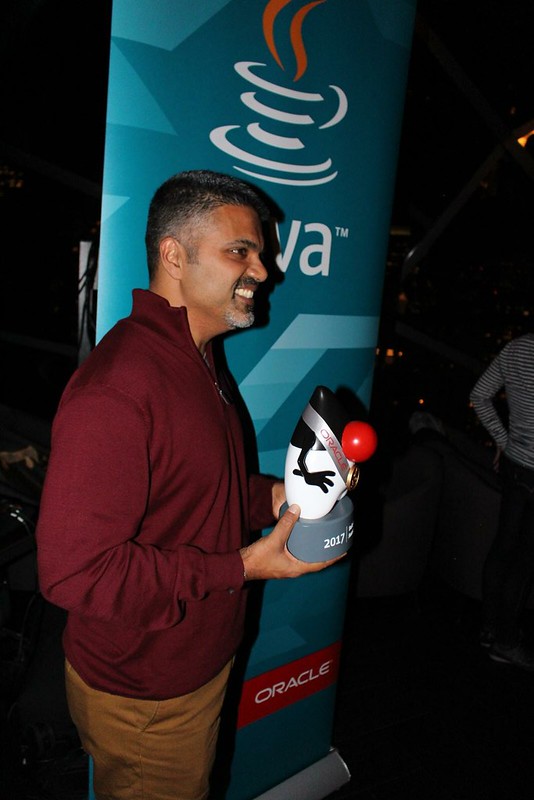 Sir, is that a gift for me? No, it isn’t for me, but it is for people who are more deserving and Sharat is holding the Duke Award. 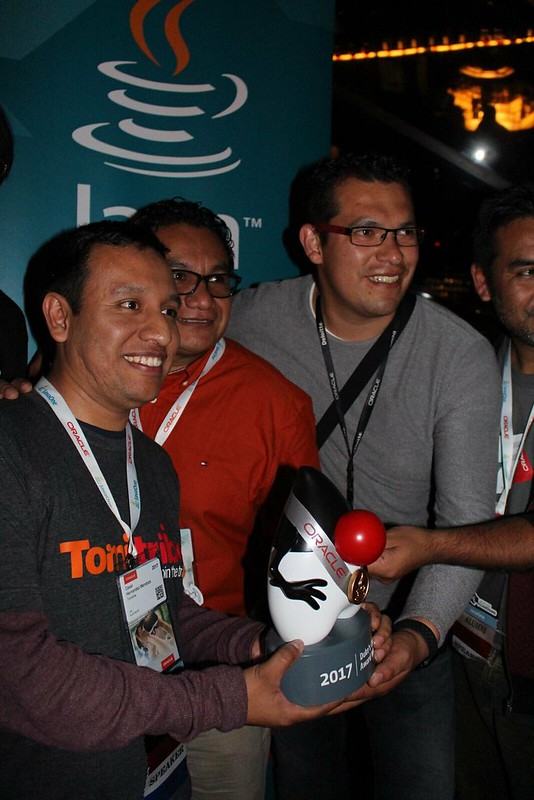 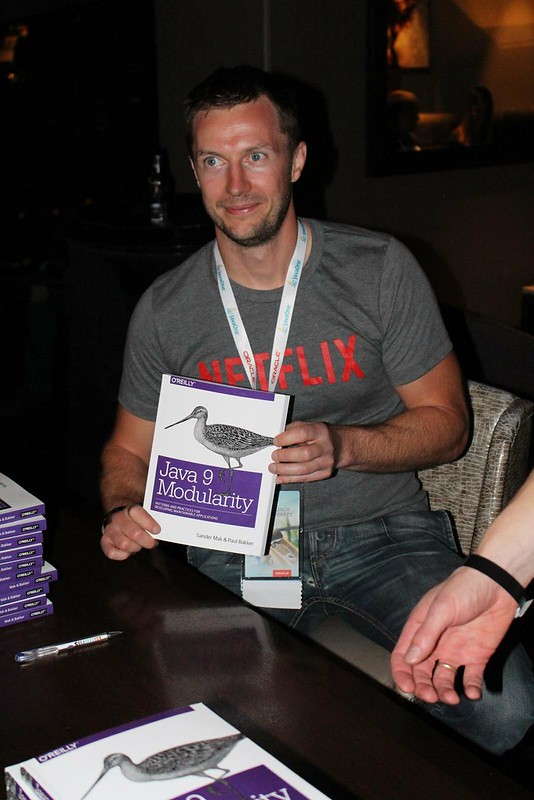 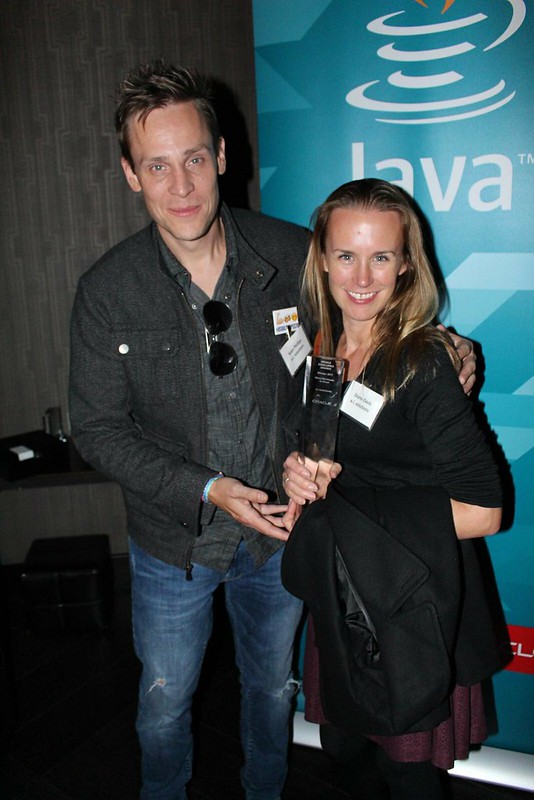 Sean Phillips (l) is a Duke’s Choice Awards winner for his work on the Deep Space Trajectory Explorer in collaboration with Dr Diane Davis, Astrodynamicist (r) 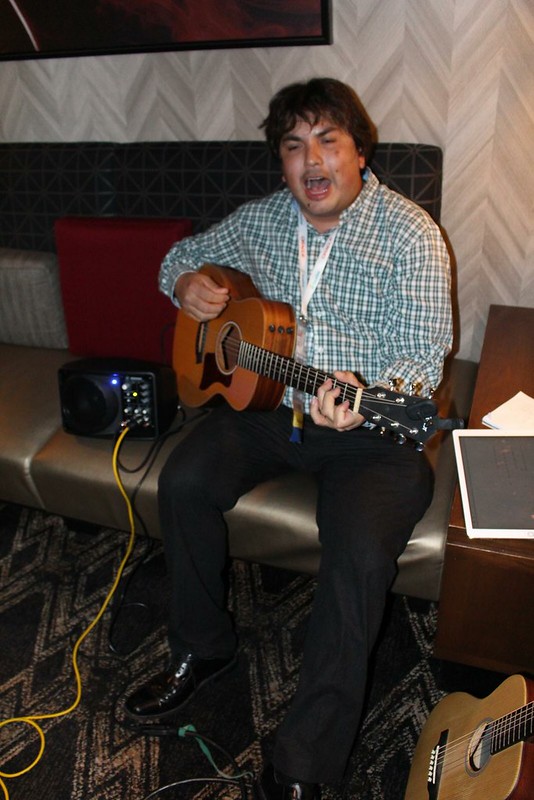 Freddy Guime , the chief of Nullpointers band, is singing his heart out 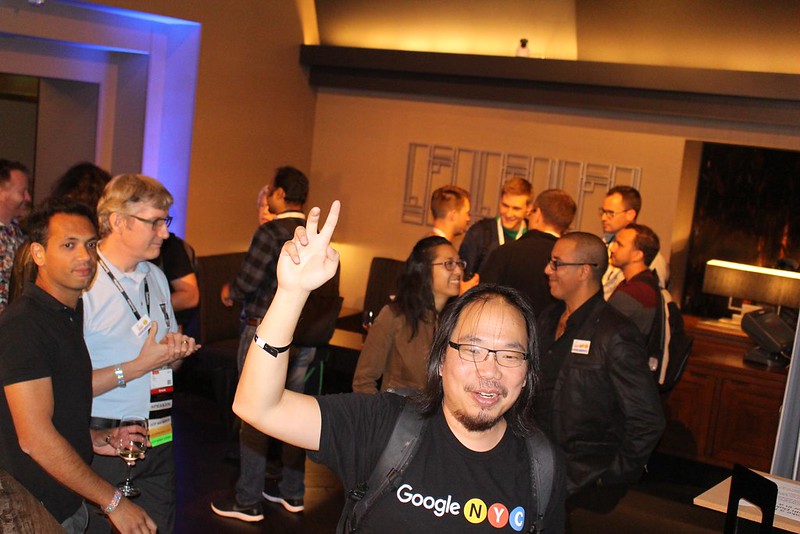 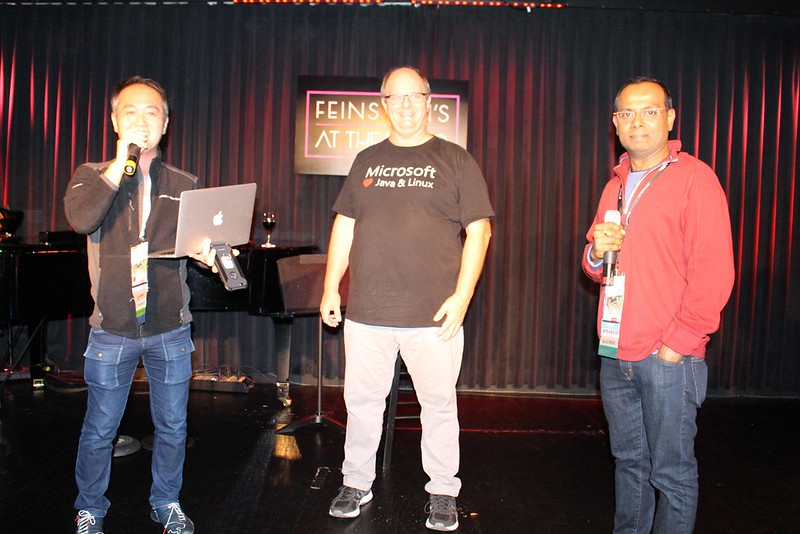 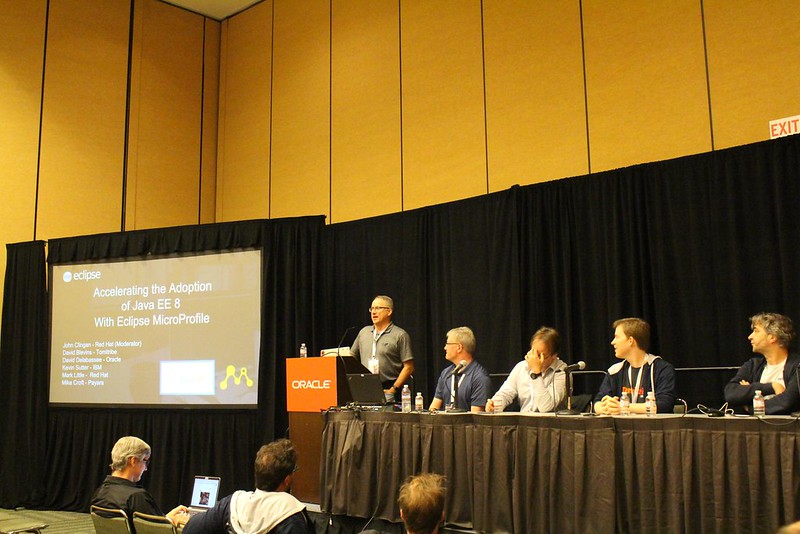 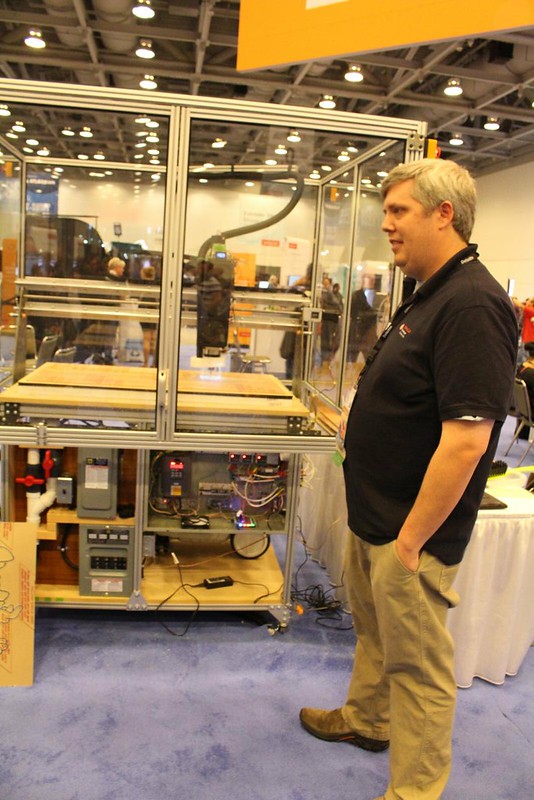 I was at 3D Builder Playground admiring the Bob Larson pet project. This is a home made 3D sculpturing machine. 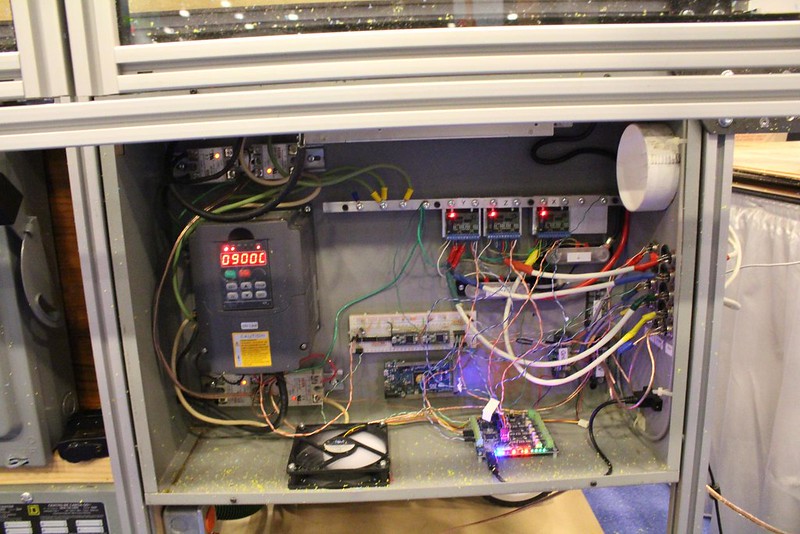 Bob Larson’s machine CNC cuts a large laminate perspex with a logo. In fact, it cut multiple copies of Bruno Souza’s Juggy Finch. This is a close up of the DIY project. 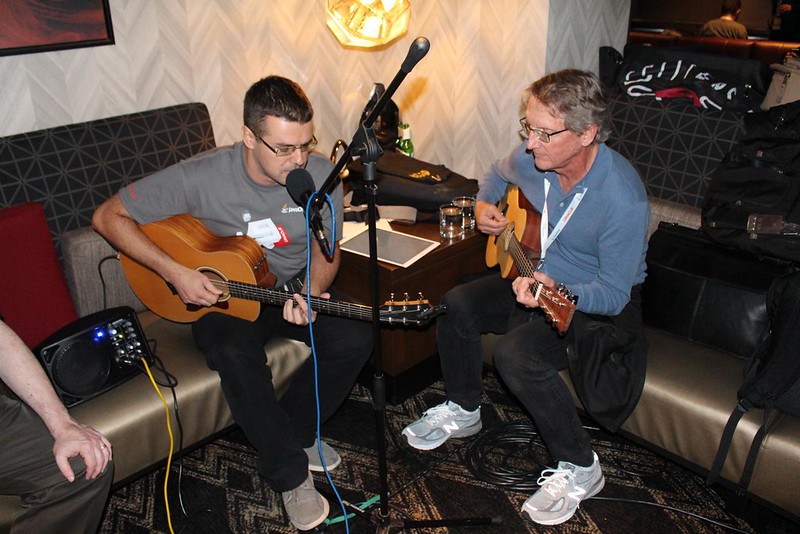 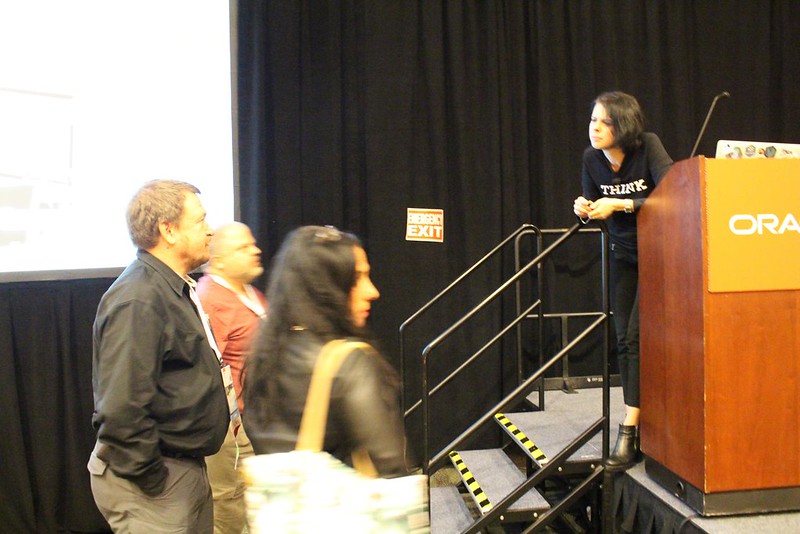 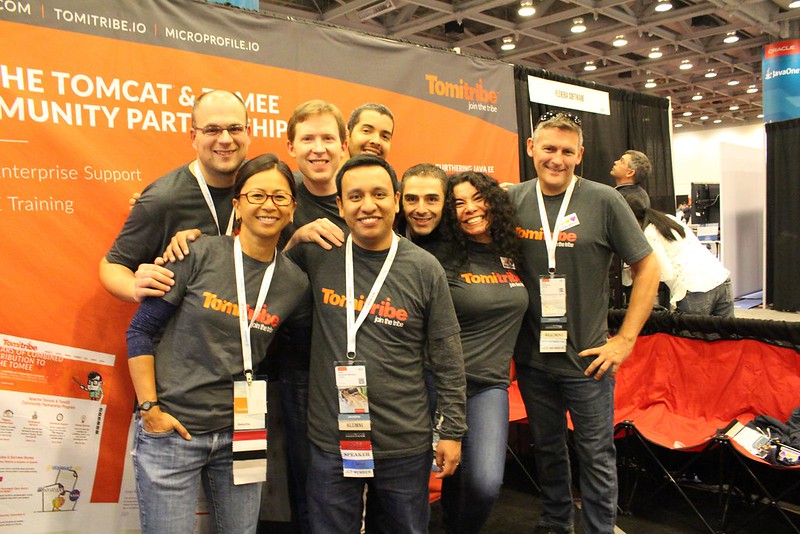 This is the Tomitribe official photo at the end of their day on the exhibition floor. It’s a wrap! Well done! 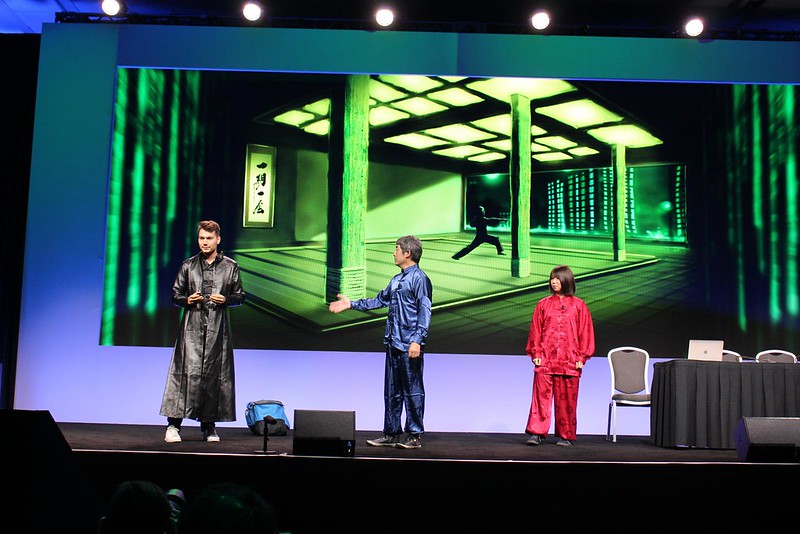 A spoof about the Matrix, taking the red or blue pills, and turn of the millennium “net” culture mixed in with Java anecdotes. What a concept for a community keynote? Anynow this photo shows Sebastian Daschner starring as Neo and member of the Japanese User Group with Sakata 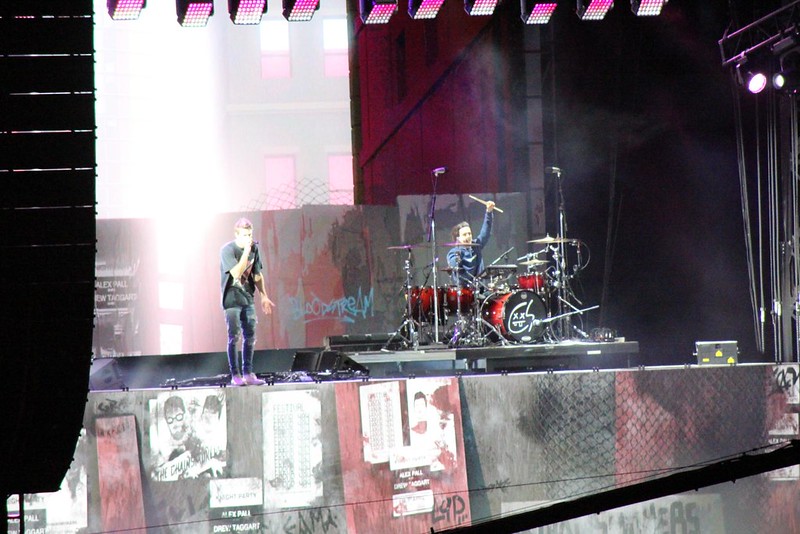 The Chain Smokers performed at the Oracle Appreciation Event. I was unsure whether this duo was genuinely anybody’s cup of tea. 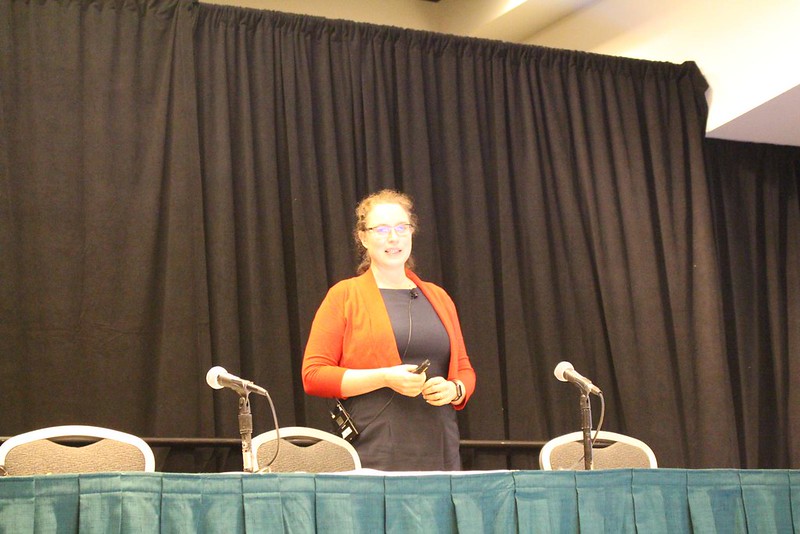 This was final session of #JavaOne2017 and it was oversubscribed, I was sitting on the front seat listening to Heli Helskyaho present: The Basics of Machine Learning 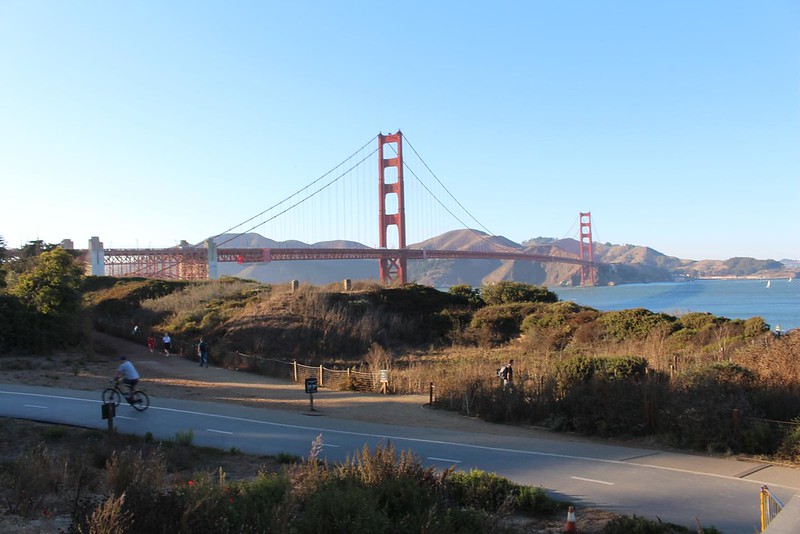 A trip to JavaOne is nothing with a view of the Golden Gate bridge and just revel in the physical architecture. I find it a useful reminder to as there ought be minimal errors in design. A product should just work and that’s it. 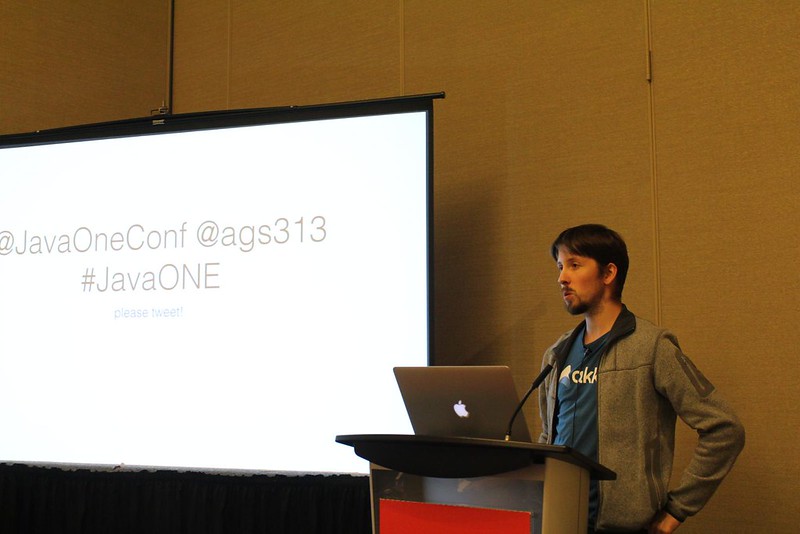 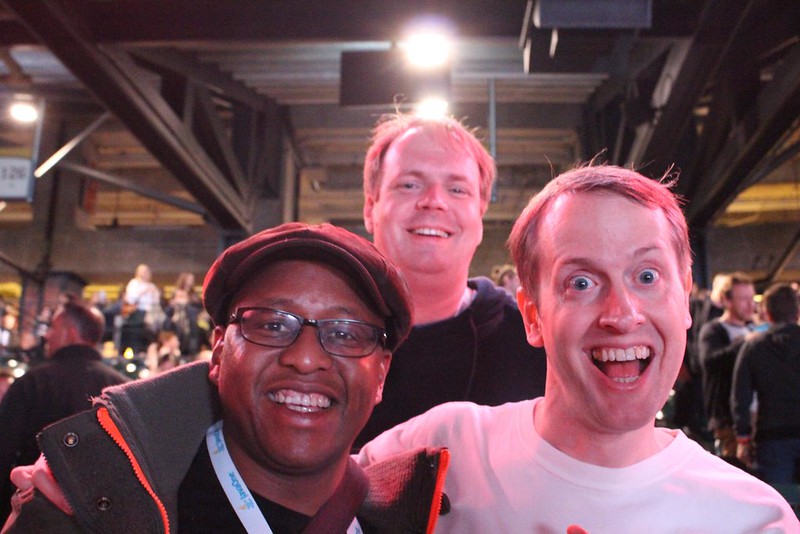 I was enjoying the Oracle Appreciation Event and watching the last part of Ellie Goulding and then sat through the terrible eclectic and too experimental club performance of the Chain Smokers. Ellie was the better of the artist. 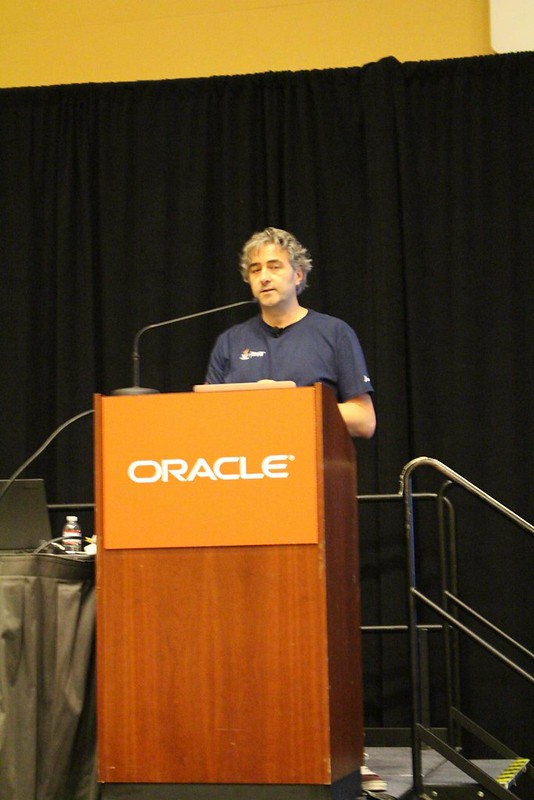 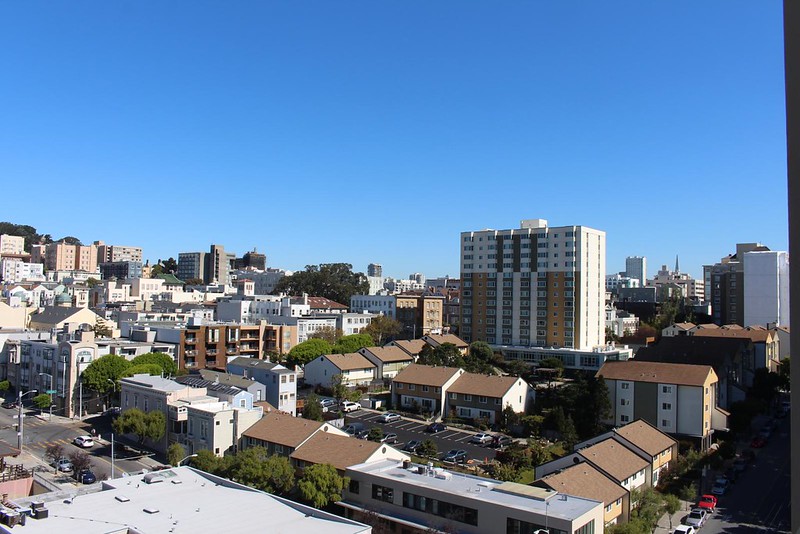 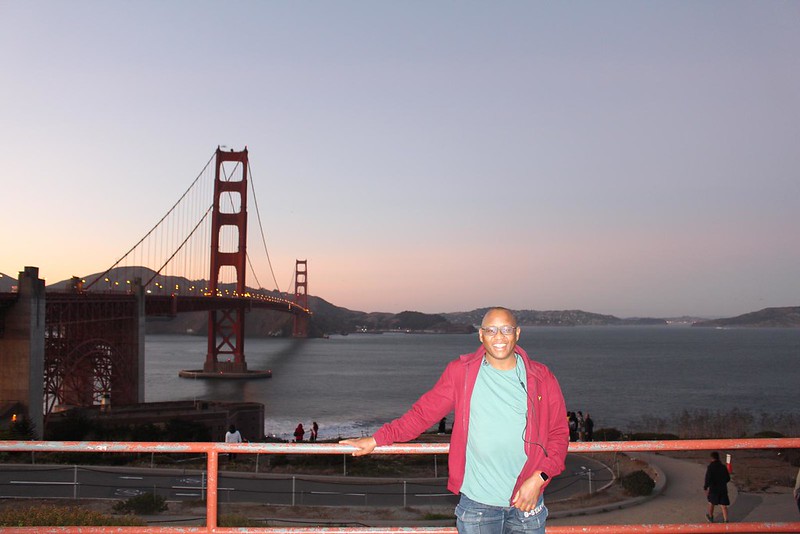 I am signing off