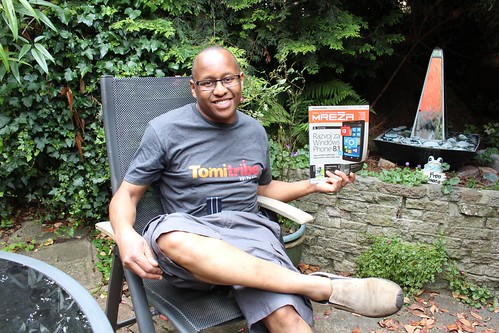 A little over a month ago, I flew over to JavaCro and gave a keynote and a session presentation. I completed an interview for Mreža magazine, which is in Croatian. The organisers were graciously kind to send me a couple of souvenir copies of the magazine. Mreza, Croatia sent me physical copies of their magazine, where I was featured as a Java champion. This was so terrific and an honour. Thank you guys and gals.

I was in the garden today and I thought I thought I get some snaps of me holding Mreža, which has a circulation of 5000 units. Actually, the package came through the post on Friday. I was able to look at my post on Saturday morning. Mreza is a big magazine in the little country of Croatia and it has full of content about local news, Java (and JavaCro), Windows, Business, information, technology and recent trends. Of course in this July edition, I am sharing the billing with the Windows Phone 8.1, the main feature and on the front cover, and other sections on technology investments and start ups. This next photo is one for the homies! 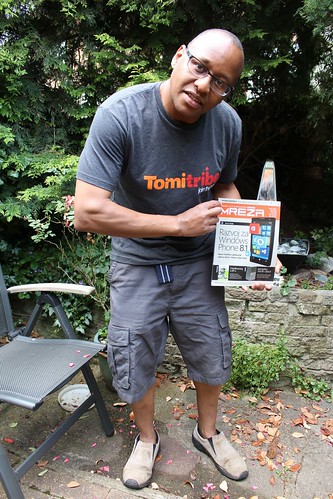 This is the start of lead article from the magazine spanning six full A4 pages from Mreža. 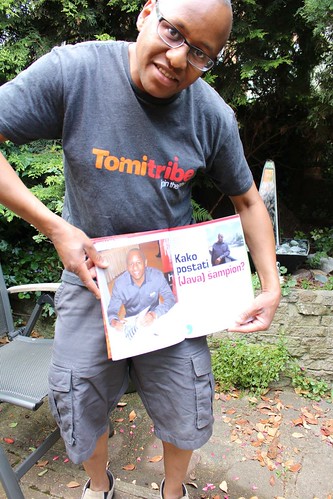 It all starts on page 56. The full length photo in the magazine was taken from JavaCro 2014 where I was doing the book signing. 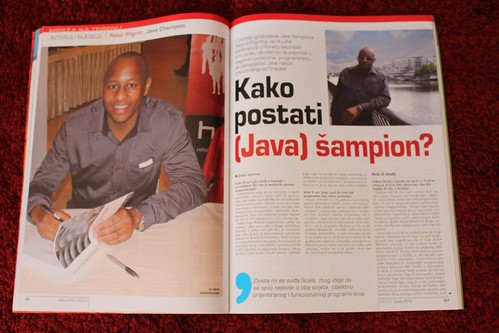 The following folk deserve my thanks:

Special respect to the whole TomiTribe who have also made my memories of Summer 2014 ones of happiness.