Thanks to Van Riper again, as part of the JUG Leaders and Java Champions invitation, I went to along Google SF 2013 after the JavaOne conference on Thursday evening. Here are the photographs.

(This is a queued up October blog entry) 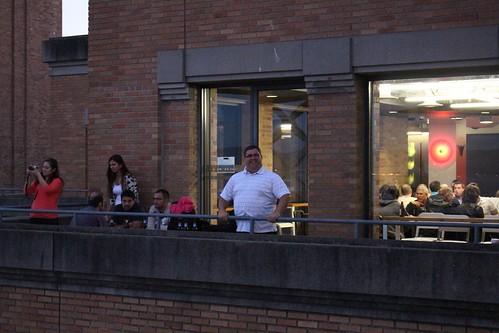 Here is a photo of Kevin Nilsson, a relatively new “Noogler”. He is working on the Chrome-cast project at Google. 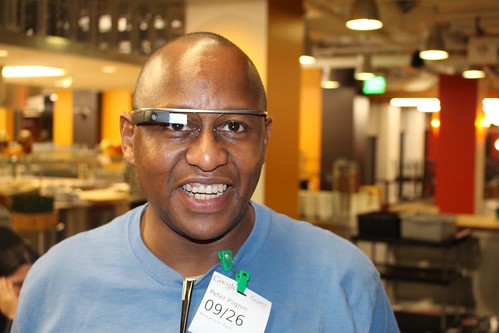 I got to try out Google Glass. I was very impressed by this wearable piece of tech, the voice activation is good, but trying searching for “Manchester United” with my southern estuary English and the results were nada… Actually, this Glass belonged to Dario Laverde, incidentallywho helped out with the JavaFX Raspberry Pi Embedded Challenge during JavaOne. 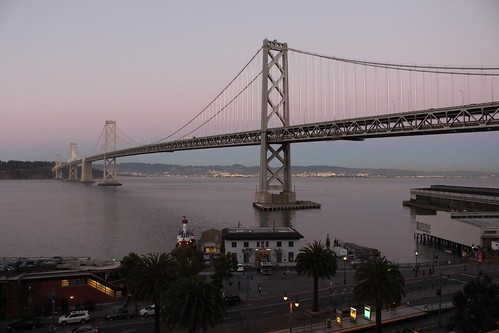 The Google San Francisco offices overlook the Oakland Bridge and there is clear view of Treasure Island, where the before the Oracle appreciation event with Maroon 5 took place. 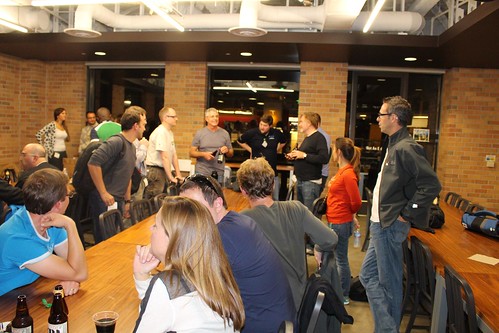 Van Riper is doing the talking here with the other JUG leaders and Java Champions looking on. 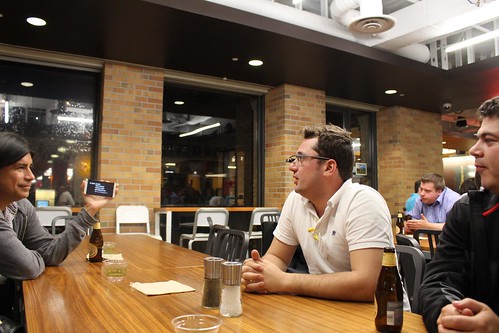 Dario Laverde (L), who works for HTC in New York, is holding his HTC One smartphone, which connected to his Glass. As you spoke into the Glass, the deciphered text appear on the screen. 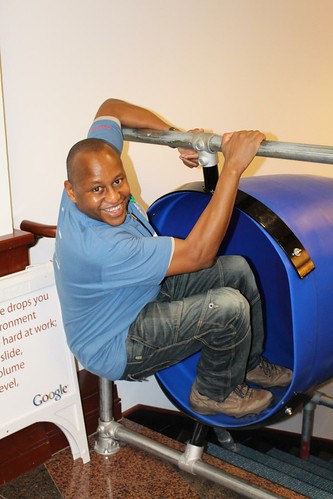 I was in the chute once again. It was time for some fun sliding down to the next level! 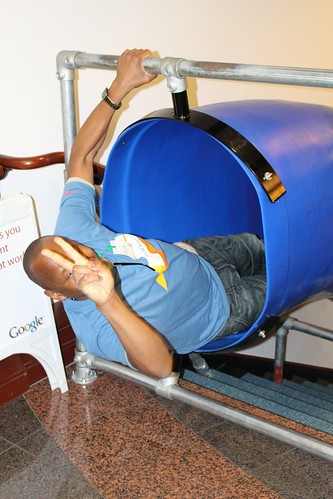 Wish me luck, because I was gone, mate. 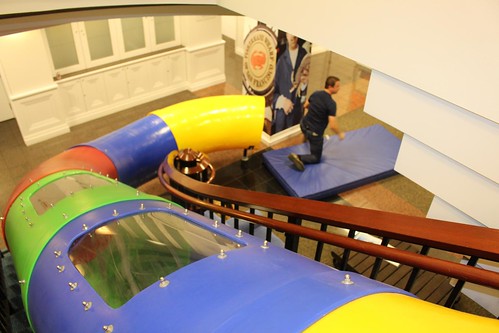 A definitely highlight at Google was always the high quality of cafeteria food. 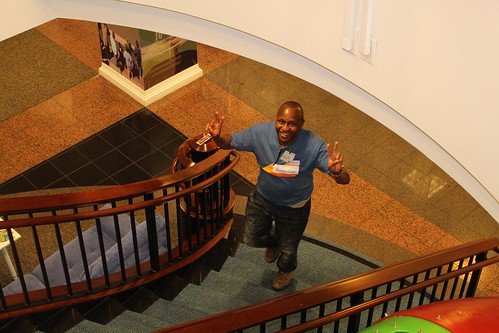 I survived and was going back for one more (or maybe two more times). It was nice way to end JavaOne 2013, at least for me. Afterwards, Kevin Nilsson, Dario, Jose Pereda and I went off to a local bar near Fisherman’s Wharf for an impromptu and farewell meal and drink. 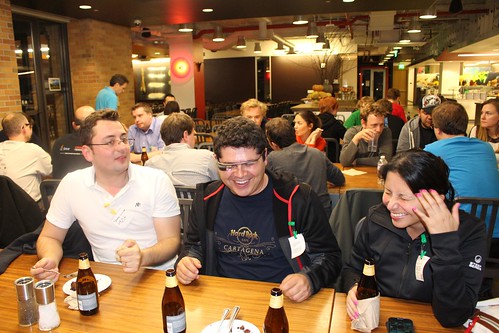 It is always great meet folk from other parts of the world, who use Java technology and I think events like this invitation go hand-in-hand to preserve interest and ensure that Java does not become a silo. We always need to connect and communicate with one and other. In this way, we can improve the language, the technology and platform with the people who care about it most. 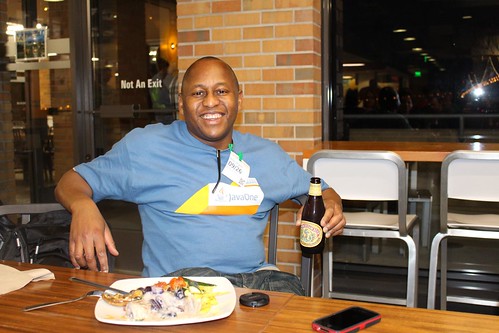 Here I was relaxing with a bottle from the Anchor Steam micro brewery. Sometimes just like EPMD classic track, “You’ve gots to chill.”