The last day of the Round-Up, which was a bit sad. The day began with a bang with a nice session hosted by Julie Pitt titled “Scaling Scala”. Daniel also co-hosted this session with suggestion on topic to cover the popular Scala libraries: Play and Akka. This content has a lot of good ideas about how to get Scala adopted into an organisation, where it is a new language. The general advice was to start slowly and surely; don’t bite off the functional programming parts until you and your team understands the concepts fully and can write refactorable and maintainable clean code. There was a reminder of the temptation to write a single val assignments, which while are impressive to the smart developer, could leave the co-worker puzzled. Far better it would be for new Scala teams to write smaller chunks of Scala code (with caveat of writing a unit test with ScalaTest or Spec) and then combine those fragments in to a larger whole. 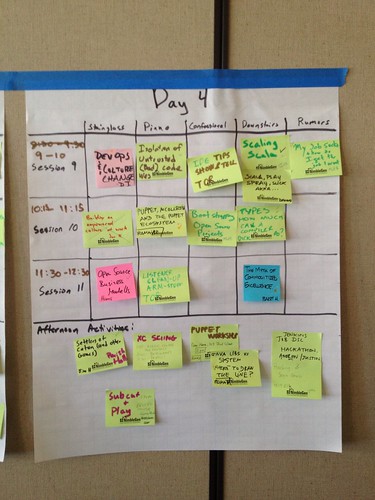 The second session was a follow session to the first in many ways. Dick hosted a session; it was called “Types: How Much Can Compiler Do?”. Given static compiled language like Scala enforce type safety, Dick wanted to find out from other people how to ensure code will execute correctly by push the burden of type verification with semantics on to the compiler. Dick is obviously influenced by functional programming languages such Haskell. This may be considered advanced developers and programmer only, when you listen it in the podcast.

The final session of the Java Posse Round-Up 2013 was the “Open Source Business Model” which proposed and hosted by Hans Dockter. Bruce Eckels, Fred Simon and, of course, Hans were the main contributers to this discussion. If you are interested in running a professional open source business in near future, I believe this will be worth you while, as they discuss the various business models on service, product and consultancy oriented operations.

This wrapped up the conference. In the afternoon, there were a bunch of us, who went up to the mountain for a downhill ski or ride on a snowboard. It was great being with Jeremy Cerise, DJ Hagberg, Chris Phelps and Chris Marks. In particular, Chris Mark and I tore the mountain up! 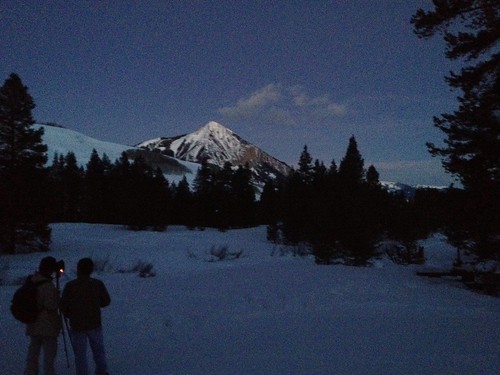 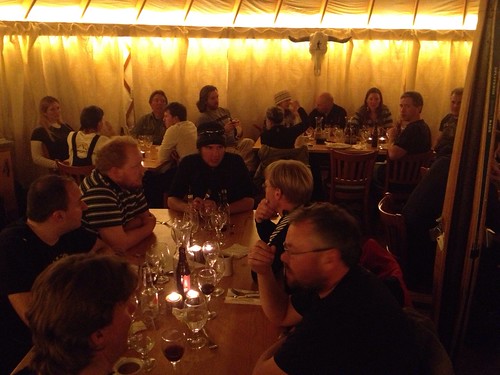 The last event of the conference, proper, was the Yurt dinner, which James Ward organised very successfully. It was very well attended. The Yurt is a Mongolian hunt in the country side a couple of kilometres from the Crested Butte town. In order to get to the hunt, because it is inaccessible by road, the group hike with showshoes from the Gronk area of town to the Yurt location. The three course dinner was cooked by a quality chef. It is not free, we all had to pay about 75 USD, but it was delicious and well worth it. The biggest bonus was not the dinner or wine, it was the remoteness, and the absence of town lights. When I say we could see the stars, I mean, in truth, we could see stars aplenty. The milky way was fascinating, it was a bit hard to star up in the nightsky, but eventually I saw a faint band of dense stars arching overhead. 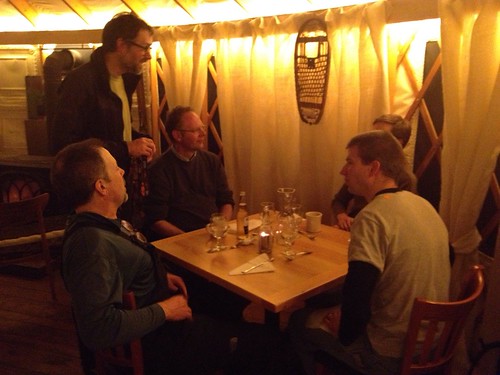 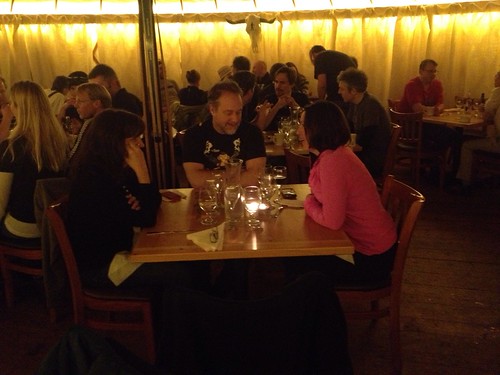 Time to wrap and go home. The end of the Java Posse Round-Up 2013. It has been a fun experience, I am glad I had the chance to travel to this open space conference, despite the initial airplane and weather problems. You do meet some of the best quality minds and humans on this planet. I have come away refreshed and I know exactly what I am going to focus on for the rest of the year.