Van Riper invited JUG leaders and Java Champions to visit Google San Francisco. After the last sessions of the JavaOne conference, circa 5pm on Thursday evening, we walked as the motley crew from Hilton SF, to Google’s office next door to the Embarcadaro bridge. It was a real blast, and the hosts treated us fine. I thought it was pretty cool to see the USA Googler’s in their environment. We went on a mini-tour of the building. The views from the terraces of the Embarcadaro were stunning. Of course, a visit to Google is nothing without eating in the cafetaria, I have to say that the food was really nice, plenty to go around and it was after hours for working people, and I was impressed. 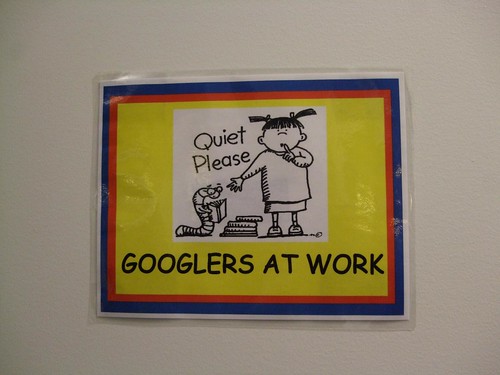 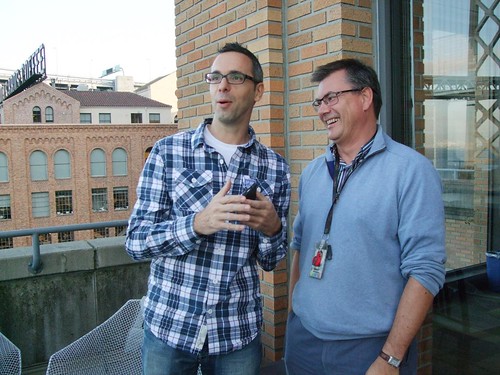 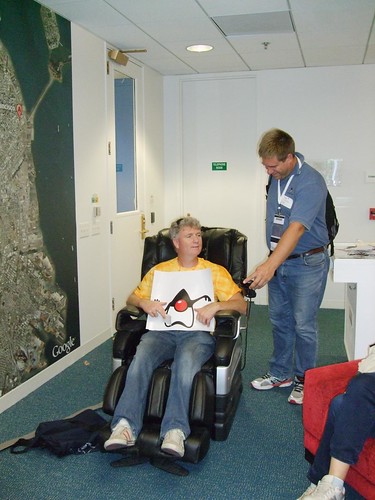 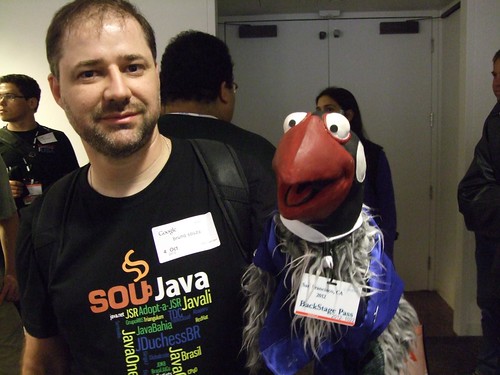 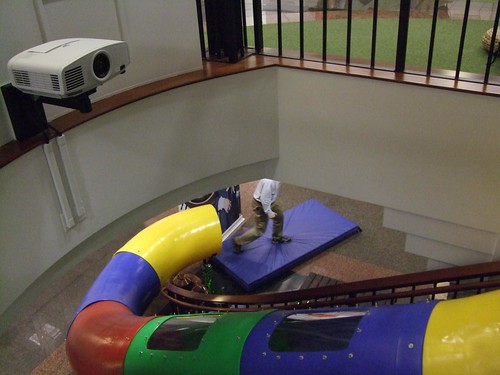 The famous slide between the third and fourth floors. It was chance to behave like a five year old again, yay! 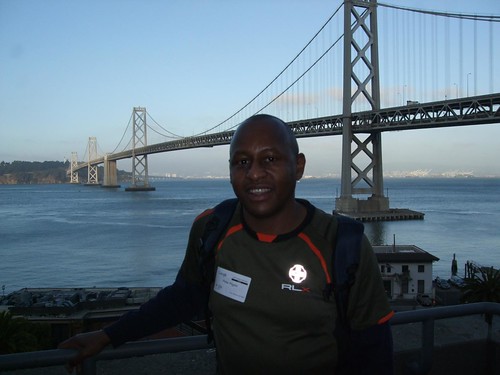 Great view behind me of the Embarcadaro bridge and Treasure Island, memories of the Pearl Jam of the previous night. What a party?! 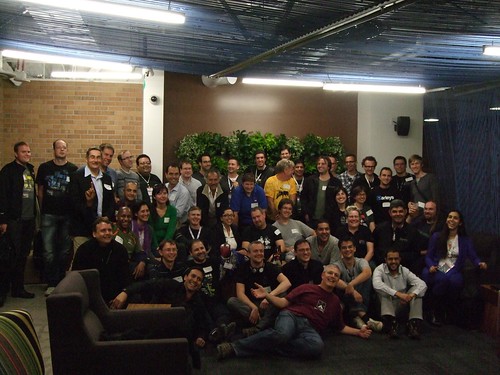 A group photograph of the people, all of visitors to Google SF 2012. Thank you very Van Riper! 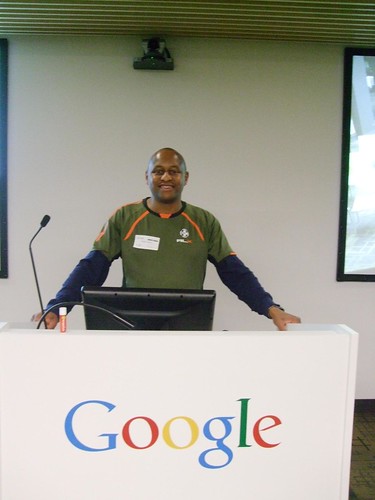 Am I ready to become a Google Evangelist? Probably I could do it. Get Google to start developing JavaFX and/or Scala applications, and then I will be there on the spot, most likely 😉

The day after JavaOne, I hit the road, jack … I took a shuttle back to San Francisco Airport (SFO) for fifteen bucks and hired a rental car for the remainder of my stay. 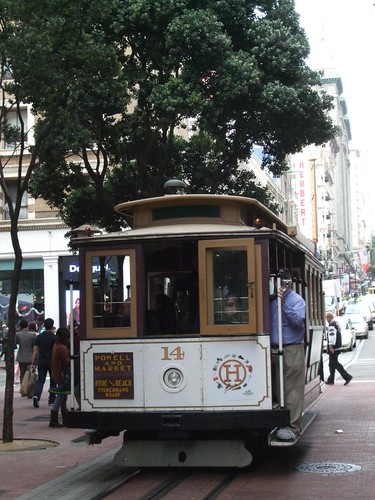 The Obligatory photograph of the Powell Street to Fisherman’s Wharf trolley car! 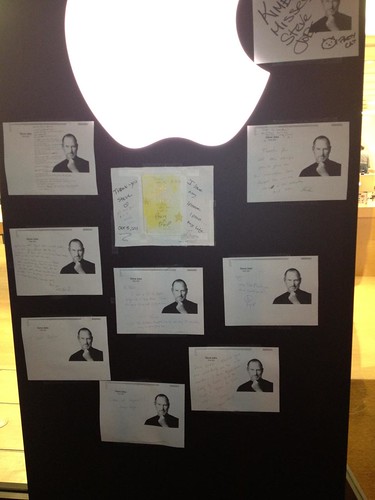 Outside the Palo Alto Apple Store, many people pay their respect the former Apple CEO and co-founder 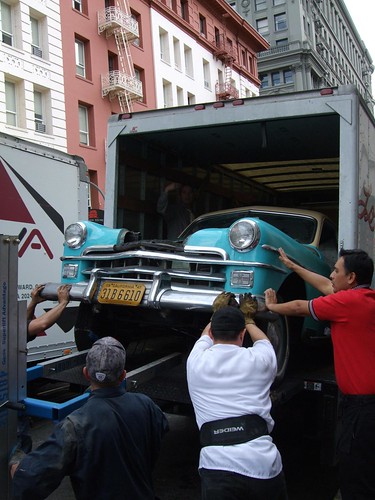 On my checkout-of-hotel day in SF, Uniqlo had just opened a new store near Union Square, they had shipped in an old 60’s motor just for show. The queue for the new store were quite long, and therefore the police closed off a couple of streets, the nearby traffic was brought to a standstill. I caught these men wrestling with an Oldsmobile. 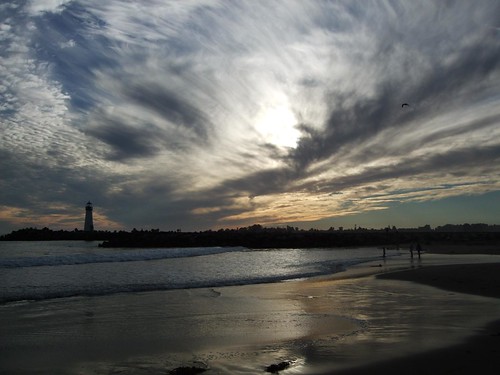 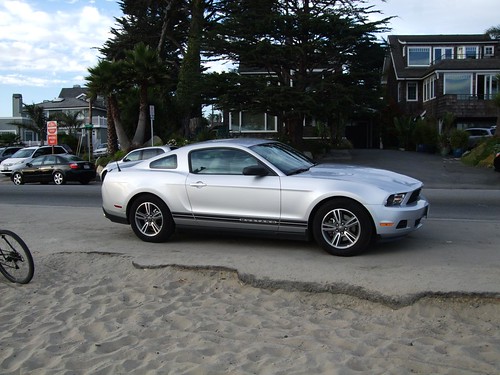 The rental ride from SFO where they upgraded me from an economy to this stylish silver grey thing. 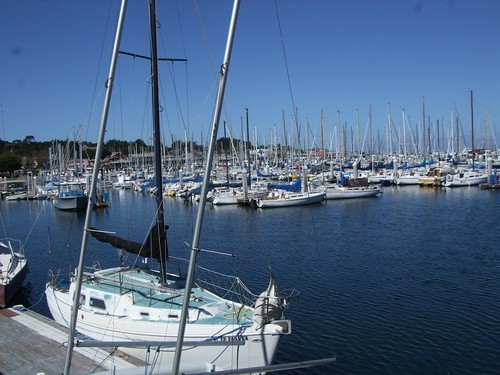 Monterey harbour and tons of boats 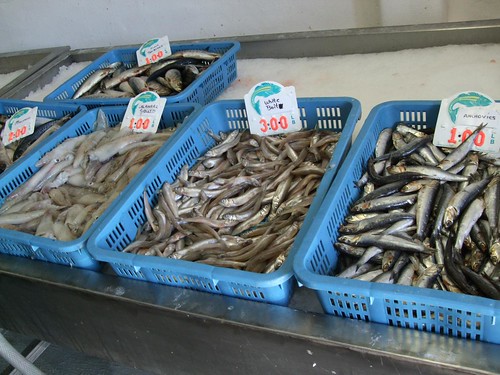 Monterey fisheries, canneries and more white bait than you can shake your tackle at 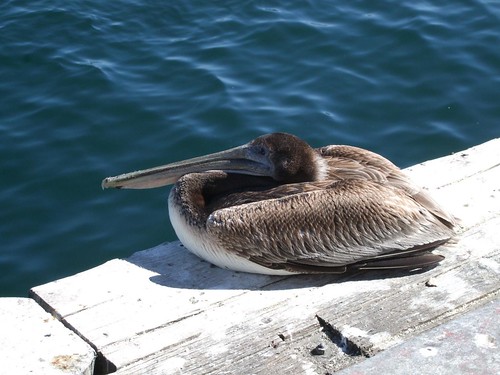 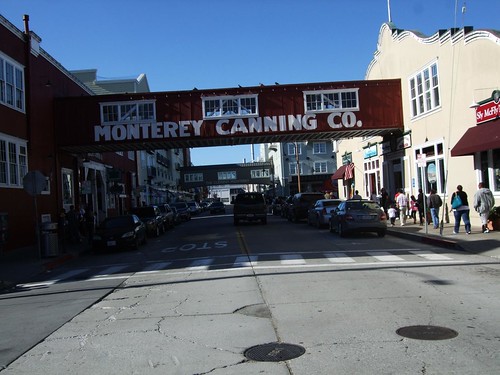 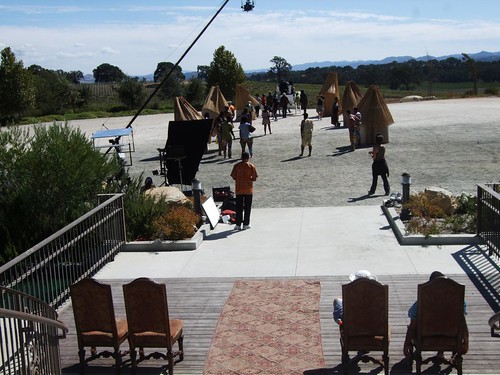 On the way Hearst Castle, I stopped off at Eagle Castle to visit some vineyards, and a small-scale movie was being shot on-location. I think the working title was to be called “Katanga’s Successor” 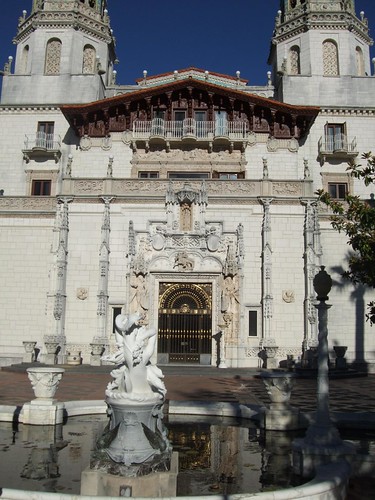 The front stairs and façade to Hearst Castle, I took the upstairs guided tour only 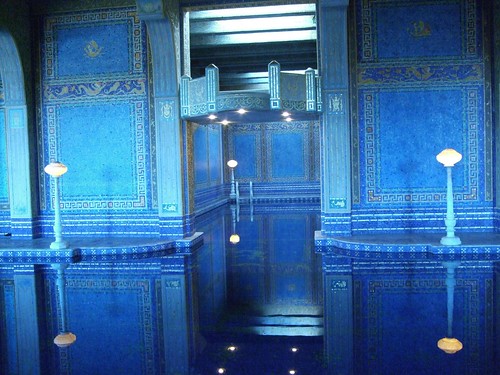 The Roman bathhouse at Hearst Castle

Sunset along the Pacific coast 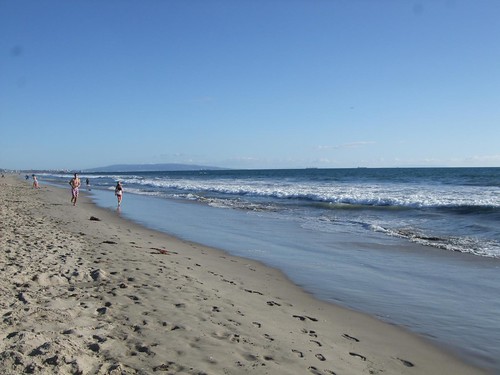 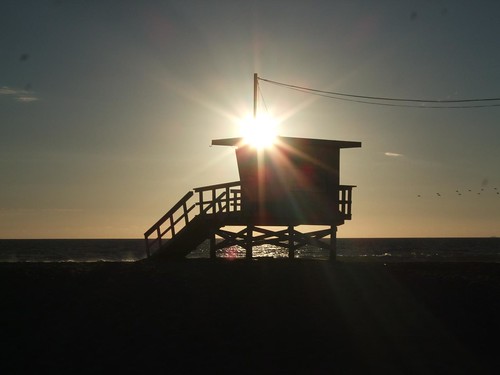 Baywatch! Los Angeles at Sunset or very nearly the end of day. The sea is liveable and swimmable compared to 500 miles up the coast at Santa Cruz, where it was extremely cold even to skinny dip! Be warned, the waves are much more powerful here, in California, if you come here yourself, please don’t take any risks. I did not. And yes, they have lifeguards and helicopters on duty along Vernice, Santa Monica and Long Beach. 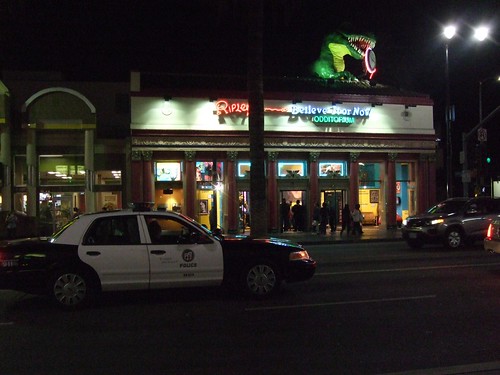 West Hollywood, the Boulevard at night 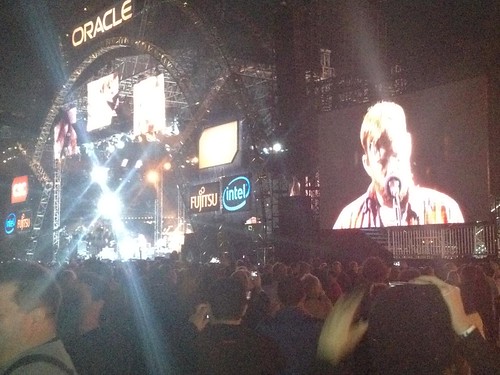 This is actually meant to be distant photograph of the lead singer of King’s Leon, Caleb Followill, at the Oracle Appreciation Event, JavaOne. This is the iPhone 4S though, so it is not too bad, having said that. 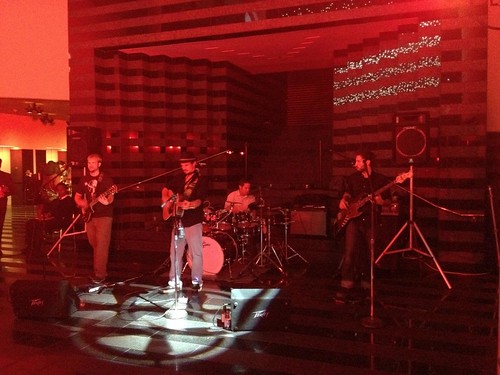 This is the house band at the Red Hat Party, during JavaOne, which took place at the Museum of Modern Art in San Francisco, quite near to the Moscone Center and the W Hotel 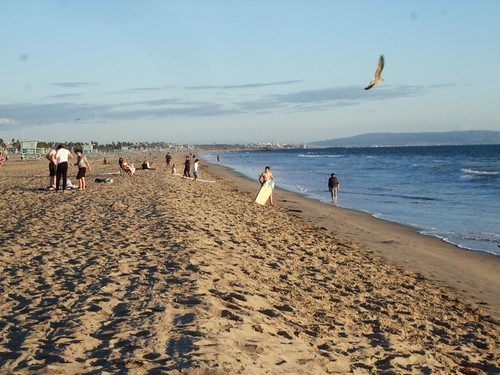 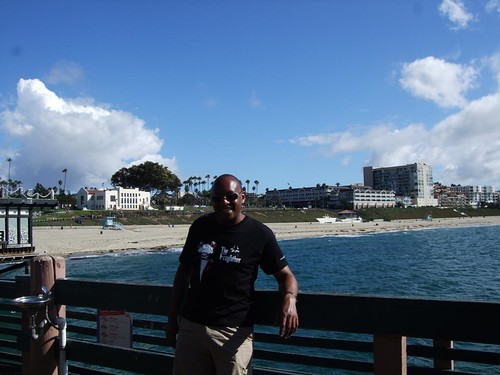 On the Redondo beach pier, in Long Beach, Los Angeles